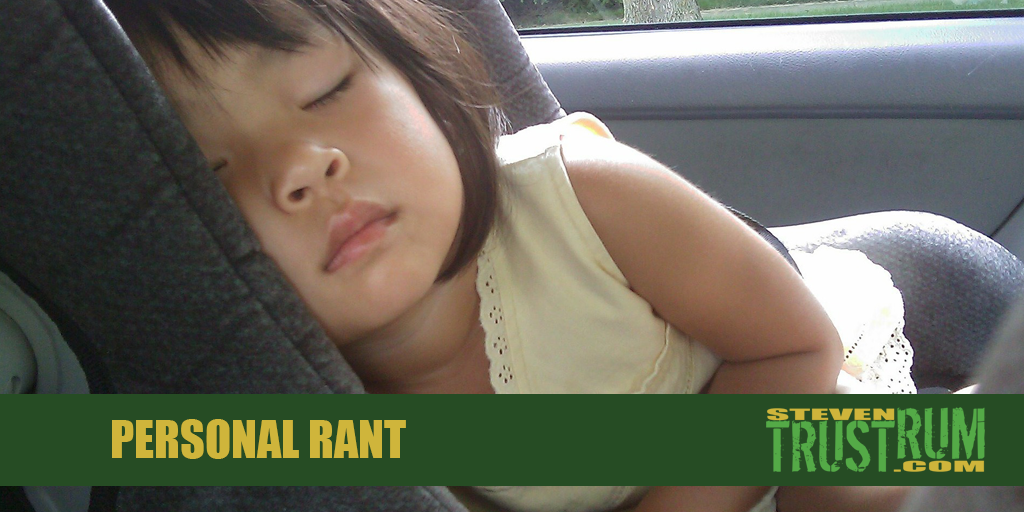 Warning: What I’m about to say and link to may be a “trigger” for some of you people out there with children of your own. I know it is for me, which is why I’m posting this. 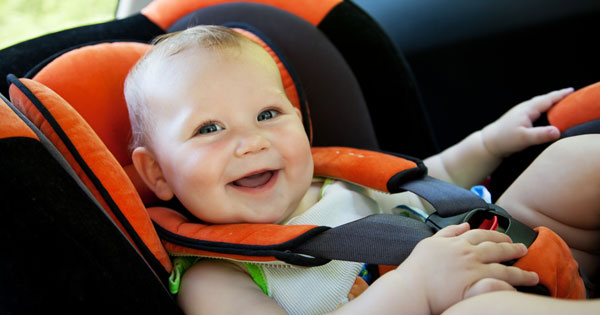 Today I see another story about yet another negligent parent whose child died for their lack of attention or stupidity. Just the other day, I posted on my Facebook account that I had recently watched a PSA video about this problem that was I was barely to make it through because it was so well done with regards to how it portrayed such a tragedy. (Seriously, this PSA may have you crying, so don’t watch it in public.)

I’ve been told on more than one occasion that I’m a “big, tough guy” or that I play my emotions close to the vest, so it may surprise many of you who read this and know me that I cannot, at all, read about this happening or watch PSAs such as that which I’ve previously linked to without tearing up. Before the birth of my own son, this just used to really, really piss me off, but now that I’m a parent, reading this story automatically forces my imagination to put my son in the place of these children, and it immediately breaks my heart to think about losing him, especially like that.

We all know this tragedy happens every year. According to the specific story I previously linked to, there were already 13 such deaths of children in the US alone this year, and we haven’t even really got to the hottest days of summer! So, why aren’t the people who manufacture infant/children car seats and vehicles marketing solutions for this and related problems?

Let me illustrate how easy a solution is, as I came up with this idea just this morning after reading the previous article.

Solution 1: The onboard car monitor

Are there any cars being manufactured these days without some manner of computer capabilities? Increasingly more are being built with onboard GPS, car alarms, phones, and service access. So, here’s how easy it is to leverage these services for child safety:

Most cars are now manufactured with those anchor hooks for car seats to latch on to. How expensive and difficult would it be to put a pressure sensitive wire on each of those anchors to let the car know when there is an infant/children car seat hooked up in the vehicle? If the car detects pressure on the wire, and that all four doors are closed and the engine off or idling for an extended period, it sets off the alert.

Not all car seats use these anchors, though, and not all cars include them (especially older models) so, alternatively, if the car detects that the engine is off or idling for an extended period but one or more of the seatbelts is buckled (because, really, who leaves a buckled seatbelt in a car that is off other than for the purpose of securing an infant/children car seat?), the alert goes off.

I imagine it would not cost much to install a small computer in infant/children car seats that connect to the car’s computer using a USB port under the rear seat. This computer would detect if there was any weight in the car seat (incredibly easy to do) and then, if the car is off or idling for an extended period, the USB connection allows the car and car seat to communicate to set off an alert.

If manufacturers can install a USB port and computer that lets you plug your smartphone in to play music through your car’s speakers, they can find away to run a USB line to a port beneath your rear seat.

The alert could be delivered by a light and actual, unique beeping alarm in the dash, setting off the car alarm with a sound and flashing light that differs from that of the standard alarm, a phone call to a series of listed phone numbers (so even your spouse gets the alert and can check in that everything is okay), an alert through a smartphone app, or your emergency service being able to check in with you directly (or, better yet, a combination of more than one of these options.) Such an alert will keep going until the driver actively turns them off each time; the car alarm would not be shut off unless the person returned to the car and went inside to turn it off at the dash instead of using their remote to force the person to go back and look in their car.

Personally, I REALLY like the idea of the dashboard light and alarm, plus the car alarm going off. This is the sort of thing people cannot ignore and will draw other people over to check on if it persists, well before any child reaches a state of being in peril.

Why I Am Not Marketing My “Million Dollar Idea”

You may be thinking “hey, Steven, if your solutions are so great, why aren’t you selling them?”

I am not an inventor. I have no engineering experience. I do not have the means to pitch, make, or market any such product. I wouldn’t even know where to begin, and don’t know anyone who could help me do so. Furthermore, I certainly don’t want to sit on any suggestions that could result in the lives of children being saved while I figured out how to commercialize them for profit.

I’ve no illusions that putting these ideas out there to be looked at by the public will actually reach anyone who can do anything with them, but they might. In the eventuality of such an outcome, please take these ideas and run with them. They are yours to use if you can implement them and save lives. Because, in all honesty, I truly believe the ideas I’ve suggested are relatively easy and cheap to implement and could save the lives of children who are placed in a situation where they are unable to save themselves.

How You Can Help Save Children in this Situation!

Obviously, considering I’m posting my ideas for a solution to this problem, no such solution actually exists. This means children are still at the whims of their parents when it comes to this situation, lacking any power or ability to save themselves from such neglect. So, I say to everyone reading this, that it is our shared responsibility to keep an eye open for this.

If you see a parent leaving their children in a car and walking away, don’t be an ass about it, but go say something along the lines of “excuse me, but that is dangerous to your child, even if you’re only leaving for a moment.” If the parent makes a big deal about it, you still don’t need to get aggressive. Bid the parent good day and let them go on their way, but put your own day on hold and go off to the side and keep an eye on the kid. If the parent doesn’t come back quickly, or if the children appear upset or in distress, don’t even both looking for the parent if they are not immediately in view. Call the police, let them know what the situation is, how long you’ve been waiting, and explain that you’re not sure the kid is in trouble but you don’t want to risk it.

If you come across a child in a car and there is no parent in sight, do the same thing. Wait around. Put what you are doing on hold. If the kid already appears upset or in distress, however, act immediately. If the kid seems to be sleeping, bang on the window and shout to see if they wake up. If they don’t, or appear sweaty, unresponsive, or in any other way are setting off alarm bells in your head, call the police right away. (Personally, I’d call the police while I was looking around for something to break a front window so I could access the car without covering the kid in glass.)

Do not be afraid to be embarrassed if it turns out to be nothing and the kid ends up all right. Do not be afraid to be wrong, intrusive, or involved in someone else’s business in this situation. If you are in doubt about the children being at risk, don’t play it safe — if you think you’ll feel bad because you create a disturbance because it turns out you were wrong and the children are okay, imagine how you will feel if you were right but did nothing? Better you be a bit red-faced than children ending up dead because you were afraid to say anything or act.

I have memories of my mother leaving my sisters and I in the car while she went shopping when we were very young. I realize I was incredibly young, and the perception of time is distorted, but I remember occasions where I felt like we’d been in there for hours. I remember one instance where we were in the grocery store parking lot long enough for it to change from a bright sky to the sun going down. I also remember that, on several occasions, it was hot enough that I was drenched in sweat and begging for water by the time my mother returned.

Sadly, I now know that some parents still see nothing wrong with doing something like that. It’s not something that was just okay “back then” and we’ve now learned better. It still happens, and sometimes it costs children their lives.

Some people will read this and think I’m overreacting, but there are children dying from this negligence, and for every kid that makes it to the news, how many children are dying this way without their story being told? For every kid that dies, how many children put in this situation end up in the hospital instead? Heat stroke is no joke — it is not a simple matter of getting too hot and needing a glass of water. It is especially dangerous for young children/infants, who are more susceptible to it than are adults, which is why some parents may underestimate how quickly it can affect their children. And even if heat stroke doesn’t result in death, it can result in permanent brain damage and other harm.

There is a difference between over-reacting and reacting, and when it comes to the lives of children, I’d rather be accused of over-reacting than find out I did nothing while a child came to harm.

We all share a responsibility to protect children, even when they are not our own. If we do not, what right do we have to call ourselves civilized?